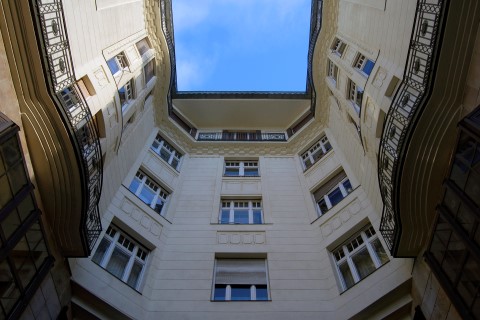 This year the sales of residential properties was about 60.000-70.000 countrywide. Apartments of 30-60 sqm were typically sold for 10-25 million HUF in Budapest. The price of new built apartments has grown, it is between 20 and 40 million HUF throughout Hungary. By the end of the year 10.000 new flats will have been ready to be sold in the property market - indicated the latest analysis by the Otthon Centrum.

As expected by the Otthon Centrum there was 134.000 in 2015, out of which 40.000 referred to the capital. There were 5-51 transactions per inhabitants per regions, which meant that between the smallest and the biggest transaction reference number the difference was tenfold.

The average sale of used homes in the capital referred to 30-60 smq apartments for 10-25 million HUF. Sales of apartments with bigger spaces were typical especially in the outer districts while in popular parts of the downtown of Budapest  prices reached above 25 million HUF as well.

The price of the new homes is 20-40 million HUF in Budapest, but not infrequently, apartments are sold for even higher prices. There is a significant difference between the price of apartments in the capital and the country. 500.000 HUF/sqm is typical for central districts of Budapest – for instance, in district 2 of Buda. By contrast, in Sopron – with the highest prices in the country – it is below 400.000 HUF and it is below 300.000 HUF in the rest of Hungary.

In county Pest we can purchase an apartment for just a few million HUF. The sales measured by Duna House were between 5 and 20 million HUF with floor are of 30-100 sqm. Sales of properties with prices lower than that occurred mainly in Cegléd, while the western part of the agglomeration area was more expensive.

Price growth of newly built homes was at its highest – 40 % - in district 9 and 3 of the capital in Q1 2016 compared to that of the last year. District 13 also considerably increased the number of its newly built apartments, where prices have been growing by 10 %.