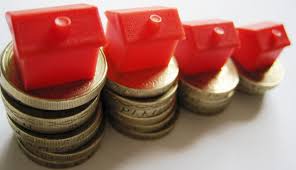 According to Otthon Centrum’s predictions, in 2015, around 130-135 000 housing sales were finalised in Hungary – they expect even more for 2016, around 155 000. Based on advance data, the unit price of pre-owned flats has risen by 11.6%, while that of newly constructed flats with 6.7% compared to 2014; the first quarter of 2016 saw even more increase. Last year, 7612 flats were built, Otthon Centrum expects far more to be completed this year – based on the growing number of building permits issues and thanks to the facilitation of the permission process, the total number of flats built can reach 10-12 000 in the entire country by the end of 2016. Rents are soaring as well, cities currently have an average monthly rent of 1200 – 3200 HUF per m2 – the most pricey areas are downtown Pest, district II., and Győr.

Otthon Centrum expects around 155 000 housing transactions to be realised by the end of the current year, which could be mostly concentrated to the capital, its agglomeration, in West-Hungary, areas surrounding Lake Balaton, and in the regions of bigger countryside towns. In certain regions, sales of newly constructed housing could even be accounted for 3-4% of the total sum of transactions, due to the state-introduced measures and the increased activity of individual and professional constructors.

Gábor Soóki-Tóth, Otthon Centrum’s leading analyst pointed out that between the months of January and April 2016, nearly half of the transactions was realised in Budapest. Estates were sold and bought averagely between a range of 10-25 million HUF, with an average area between 30-70 m2. Based on the sales completed in the first four months of the year, nearly 20% of them were realised in Pest county, a significant portion of them had prices between 10-20 million HUF. Transactions outside the capital and the county were approximately accounted for one third of the total amount, with prices between 4-20 million HUF.

As far as average prices are concerned, it is apparent that compared to the prices effective in 2015, the unit prices of pre-owned flats in the capital have risen by 1-20% in most of the districts, while in a few of them there was a 20% rise in case of newly constructed townhouse flats. Pre-owned family homes and panel flats saw a more moderate increase, around 5-15%.

Based on Otthon Centrum’s sales experience, there was a further increase in prices in the capital. In the case of pre-owned townhouse flats the amount of price change almost reached 30% compared to last year’s figures in the same period, and it even surpassed them in certain districts. In the case of newly constructed townhouse and panel flats there was a 25% rise in prices, while family homes’ average unit prices’ increase stayed under the 15% mark.

In rural towns and cities, the rise was more moderate: in the majority of them, the prices of pre-owned townhouse flats have become 1-12% more expensive in 2015. In the case of newly constructed townhouse flats, the rise surpassed this in bigger cities with favourable exposures, such as Győr, Szeged, Székesfehérvár and Sopron. Sopron and Győr are the most expensive, where the average price per m2 was around 250 000 HUF, while the Central Statistics Office has registered prices below 100 000 HUF per m2 in for instance Salgótarján. There were cities even where the average price per m2 of newly constructed townhouse flats dropped by 10-20%, such as Zalaegerszeg and Eger. In the countryside, in the case of family homes and panel flats, a more moderate rise around 5% was measured last year.

A new era on the housing market: will there be a boom?